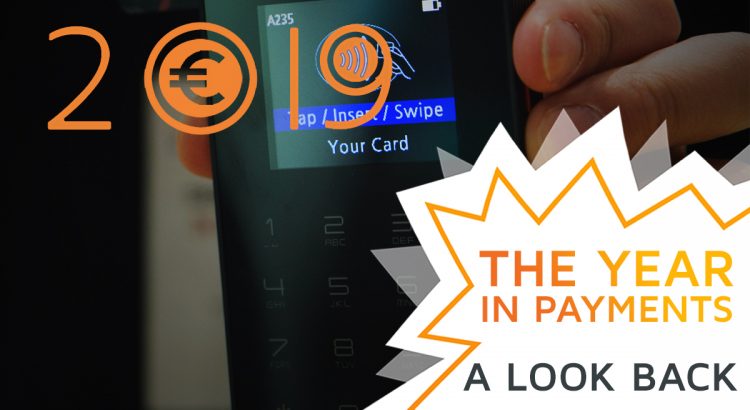 When I sat down to write my article on innovation in fintech and payments last year, I was a little disappointed about what I saw in Europe, as you can probably tell from the article. I decided to look somewhere else instead and found more innovation on the African continent.

This year, though, things are looking a bit different: pressure to innovate keeps rising in Europe. When it comes to payments in Europe, there might be light at the end of the tunnel.

Let’s start with one theme that manifested itself throughout the last couple of years.

The payments landscape keeps changing continuously, and it’s getting more complex every day. This is caused by many factors, e.g. new technologies like distributed ledgers, or new applications like in-car-payments.

But one of the most significant and most threatening influences right now are Big Techs that are gaining more and more foothold in the payments space. Apple, for example, is not only taking a slice from contactless transactions done with credit cards stored in the wallet through Apple Pay, which is supposed to account for every 10th card transaction within the next five years. It has also launched its very own Apple Pay card, which was established in cooperation with Mastercard and Goldman Sachs.

Big Techs, as opposed to FinTechs, leverage their existing reach of tens of millions of customers and have become a critical driver of banks’ digital transformation initiatives. They have different interests, as Wallstreet Journal condensed into a worthwhile 3 minutes video.

Unfortunately, Big Techs are yet to be found in Europe. As it stands, it means fierce competition from the US (GAFAM) and China (BATX).

As more and more BigTechs look to work with banks, firms need to ensure against relegation to a minor infrastructure provider role.

This rather new trend just adds on top of the sustained dominance of US-based card schemes in Europe. Visa (headquartered in California) and Mastercard (headquartered in New York) are the two leading card schemes, followed by Amex (New York) and Diners (Illinois). China already has China UnionPay, Russia has MIR, but something similar in Europe is still missing.

BigTechs and card giants Visa/MasterCard are [a threat] because they have huge investment budgets, fairly good trust from clients, and huge client bases.

We have SEPA for bank transfers, and the SEPA Card Framework has allowed us to use our domestic cards abroad within Europe, but this was more about interoperability between the existing schemes and unified customer experience. But when it comes to card schemes, the space is fragmented: local schemes exist, like Girocard in Germany or Carte Bancaire in France, and some other countries’ entire card infrastructure is based on Visa or Mastercard technology.

Time is ripe for a SEPA for cards and Europe’s full sovereignty on payments!

In the past years, many great European initiatives were put into practice. But none of them – be it TIPS, PSD2, Open Banking, SCT Inst or many others – has yet proven to be a savior from US and Chinese players’ dominance.

The light at the end of the tunnel appeared on November 2019, when the first news spread about the Pan-European Payment System Initiative, also called PEPSI, PEPS-I or PEPS initiative. AFP published the news from the sidelines of Workshop Revue Banque in Paris, and named Carlo Bovero of BNP Paribas as the origin. Reportedly, the initiative is driven by 20 European banks representing “a big part of Europe”.

The initiative is said to have sparked from the European Central Bank, of which senior executives have long been calling for a European solution. PEPSI brings back memories of similar projects, like the European Alliance of Payment Schemes (EAPS), a Brussels-based venture of multiple debit card companies, launched 2007, or the Monnet project, an initiative for setting up a pan-European card scheme, launched 2010, only to name a few. All of them failed despite encouragement from the regulators.

20 years after the introduction of the single currency, we still do not have a European card scheme. Ten European countries currently have national card schemes that do not accept cards from other EU countries. […] It is unfortunate that past harmonization initiatives have failed to explore the significant economies of scale that the Single Market offers.

Benoît Cœuré, Member of the ECB Executive Board

Benoît Cœuré, Member of the Executive Board of the ECB, addressed PEPSI in a speech in late November. While he remained neutral and stated that similar initiatives would be treated equally if and when they would emerge, he also emphasized the need for such an initiative and said that it would be welcomed by the Eurosystem.

One to Rule Them All

According to AFP sources, the initiative is aimed at managing all forms of cashless transactions, whether by card, transfer, direct debit or mobile, and shall account for at least 60% of electronic payments in Europe. According to Benoît Cœuré, it will be based on the SCT Inst scheme which is deemed a future-proof approach.

This ambitious plan comes with a high price tag. The majority of banks in Europe currently issue Visa and Mastercard credit cards. A replacement for a total of ca. 400 million credit cards in Europe, along with the technological and regulatory basis, is supposed to cost billions of Euros. Let alone the other ways to transact in a cashless manner. And it will certainly take years to establish the scheme throughout the Eurozone.

An unnamed AFP source said, “PEPSI started out not as a technical initiative but a political one”. Looking back at past interventions from the US players, this doesn’t seem unsubstantiated. In 2010, for example, Julian Assange’s website Wikileaks was boycotted by several American financial institutions. In 2014, following the annexation of Crimea by Russia, Visa and Mastercard had to cut off support in Crimea due to US sanctions. With the transatlantic relationship weakening, it’s no surprise that one banker is quoted saying, “All we need is for a disgruntled American president to take the decision to cut payments and then we’ll see how dependent we are.”

How could we get so far that a significant part of today’s digital agendas of European financial institutions is driven by Big Techs? To a degree, this is a home-grown problem, as a lot of the playing field was left to foreign enterprises: Eurocard was an early local card issuer which quickly merged with Mastercard in 1967. Visa Europe, which was a separate entity owned by European banks, was sold to its US counterpart in 2016. A rival system, which was supposed to be started by the sellers, didn’t materialize. All this contributed to the fact that today European FIs have lost important leverage on card payments.

History so far has shown that individual countries and institutions won’t get very far when they’re only acting in their own interest and without the bigger picture in mind. I think that just like with any other critical infrastructure, Europe needs to be on the helm of its payments. The markets have changed heavily and even if there’s no European Big Tech on the horizon, at least we can make sure that European citizen’s payments are processed through European payment rails – exclusively.

No official statement on PEPSI was given from any of the participants as of yet.